Skin disorders are one of the most common reasons pets visit their veterinarians. Problems can develop wherever there is skin, including the ears, around the lips, the bottom of paws, and around the anus. Whatever the symptoms, problems with your pet’s skin are hard to ignore. Although the causes are varied, most skin problems make themselves known with one or more of the following signs: itchiness (scratching, licking, chewing, rubbing, scooting-dragging the bottom across the floor, shaking the head), sores, rashes, hair loss or a thinning coat, bumps, seeing fleas or ticks, or noticing a bad smell, even after bathing.

THOUSANDS OF ANIMALS HAVE BEEN TESTED FOR THE PRESENCE OF THE VIRUS AND THERE HAVE BEEN NO CONFIRMED CASES IN DOMESTIC PETS ONLY THE ONE POSITIVE RESULT IN THE TIGER IN THE BRONX ZOO. tHE TIGER SHOWED MILD SYMPTOMS AND IS EXPECTED TO MAKE A FULL RECOVERY.

iT IS SAFE TO HUG AND PET YOUR 4LEGGED FRIENDS DURING THIS STRESSFUL TIME AND THEY WILL BRING YOU HOPE AND PEACE DURING THE OUTBREAK.

PLEASE CALL IF YOU HAVE OTHER QUESTIONS. 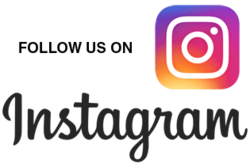